On the last day of the year, people often gather to do a simple ceremony. They take a blank sheet of paper and write down all the filth, imperfections, sins, pain and garbage they had borne in their minds and hearts during the year which they wish to rid themselves of, and throw the paper into the fire.

How we wish it could just all go away like that. But people keep making the same stupid mistakes. They end the following year doing the same old ceremony.

Our lives can be thought to be like a wine glass. Through the years, we make mistakes, commit sins, and hurt others in the process. Nobody’s perfect. And we realize it. Our wine glass becomes a concoction of poison. 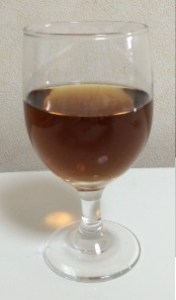 The Bible is God’s revelation of himself to man. It is also a record of history (His Story, as well as that of man).  It is divided into two sections: the Old Testament and the new. God demonstrated several ways of how to fix society. At first, as society became corrupt beyond repair, he decided to wipe them off the face of the earth through a global flood, and to begin afresh with Noah’s family. He had to press the RESET button.

Eventually, as man began to re-populate the earth, still they were hell bent on doing evil. So God demonstrated another way to fix corrupt mankind. He spelled out to man the 10 commandments through Moses. They were to post them in their homes as a constant reminder. But still nobody could follow the laws perfectly. Introducing the law into mankind was like adding pure water into the wine glass containing the dark murky poison. Still man was full of evil in his mind, words, and actions. The conclusion: the written law cannot change man’s heart. Man only got better equipped and more effective in planning and carrying out all the evil in his heart. 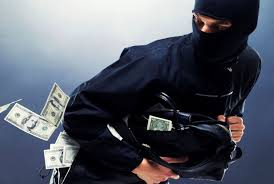 Still God could not drink from the wine glass. So in the New Testament he introduced his final method. His strategy this time was to replace the evil heart and mind of man with his very own heart and mind: a pure white substance like milk. God’s heart was his Holy Spirit – a glass containing purity, holiness, righteousness, and love. 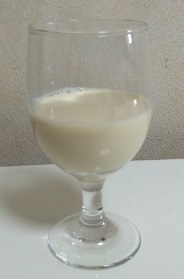 But there was a problem. He could not simply pour the white substance into man’s glass containing poison. Doing so would only mix the two – still a drink unfit for the King.

God had to remove man’s heart and totally demolish it first. He had to get rid of that dark poisonous substance. Transferring it to other wine glasses (other men’s souls) wasn’t a solution as they were also filled with the same substance. Everyone is naturally sinful. Their minds are selfish and evil.

But then, as the drama of human history unfolded God  unveiled his perfect solution – He sent a unique wine glass over to earth, one that did not contain the evil poison that humanity was filled with, a third wine glass that was empty. Moreover, it was a wine glass so big it could contain all the corrupt deeds man had ever done since the beginning of history. 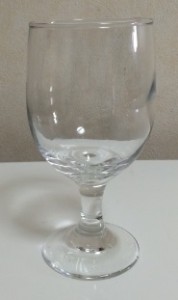 We all know who that wine glass was. It was the perfect spotless lamb – the Son of God who came to take away the sins of the world. 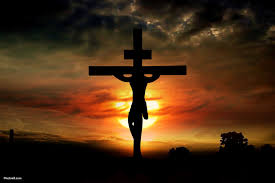 Jesus lived a perfect life. He taught man that change had to begin at the very heart and core: man’s mind had to be replaced. He took all our sins and carried it on his body. And to utterly destroy sin, he had his body nailed to a cross. He destroyed all of humanity’s evil and sickness when he cried “It is finished!” as he bled and took his last breath. Finally, as a demonstration of the story of mankind, he rose back to life after 3 days to show that mankind has been resurrected to newness of life (the old mind is dead; a new mind is now alive).

Now that man’s glass was emptied, God was finally free to pour the glass of his Spirit into us. God can now say to man “you are free of corruption”. God does not see humans as evil people anymore. And he poured out his Spirit for all to freely receive.

But then why is the world still plagued with wickedness, greed, violence, addiction, idolatry, immorality, and all the filth of men? Hasn’t God solved it already?

Here’s the catch. Although God unlocked the jail cell of sin and its curse, something strange happened. A vast majority of the prisoners didn’t get out. Why?

The issue was that, many didn’t know. Had they only known, they wouldn’t stay a second more in the filthy dungeon. Others were told about the good news of their changed heart/mind and the open jail cell through the finished work of Jesus, but they just couldn’t believe it.

It’s actually crazy. Imagine, if a homeless man living on the streets was told that a kind man deposited a million dollars into his bank account,  you would be surprised to see him the next day still scavenging through garbage bins for food. You may ask him why he’s still living his filthy lifestyle and he would answer you – “I don’t believe it”.

Jesus once told a paralyzed man right before he healed him – “Your sins are forgiven”. He is saying the same to you. He is saying the same to all of humanity. Like the paralyzed man, he didn’t have to do anything to earn the forgiveness. It was a fact. Our sins are all forgiven – past, present and future. Then why do people still live like unforgiven sinners? Is it too hard to believe – too good to be true?

Let’s start living based on the reality that our wine glasses contain the pure white milk of the Spirit. That’s how God views us. We need to open our eyes to the truth – Jesus took care of all of the crap and filth and totally demolished our wicked minds. The third glass solved all our problems. Jesus saved us from our corruption and the Holy Spirit does away with our incompetence.

At Zaxxun, we believe that in everyone’s soul is the mind of Christ. To prove it to you, try answering the following questions:

1. Is it okay to get a kitchen knife, go out into the street, and stab the first person you meet? If your answer is “No”, then that’s the Holy Spirit telling you that it’s evil.

2. If you had been cheating on your wife, and your wife found out about it. But instead of rejecting you, she says “I forgive you”. Do you think it’s still fine to continue the illicit affair with the other woman? If your answer is “No”, then that’s the Holy Spirit telling you to get your marriage in order.

3. If you were told you had inherited 10 million dollars from a distant relative who just passed away, would you use the money? If your answer is “Yes”, then that’s the Holy Spirit in you telling you not to reject a blessing.

4. If you were a student who had an upcoming exam, do you think it would be right to study well to pass it? If your answer is “Yes”, then that’s the Spirit in you telling you the logical thing to do.

5. If you saw an old man groping to find his glasses by a busy street and you could actually see the glasses on the gutter, would you bother to pick it up and give it to him? If your answer is “Yes”, then that’s the Spirit in you telling you to show compassion.

If you answered everything correctly then that’s proof – you have the mind of God’s Spirit.

If we truly believe that we are indeed viewed as sinless and perfect by the Creator and that we already have his Spirit of love, power and soundness of mind in us, then it will reflect in the way we think, speak and act.

We do have the mind of Christ – it’s the voice of common sense and sound judgement ringing in us all day. All we need to do is to recognize THE FACT.

If you gave your son a car, and he still keeps asking – wouldn’t it be strange? Why do we ask for things we already have? God already forgave all your sins and given you the fountain of wisdom (his Spirit). Let’s stop asking, and start enjoying his gifts. As a philosopher once said “I laugh when I hear that the fish in the water is thirsty”.

We all need to realize the truth. We need to open our eyes to reality – the reality that God has fixed our mind problem. Know that you have a new mind. Listen to your new mind. Act as if you had the mind of the Creator, because that’s the truth.