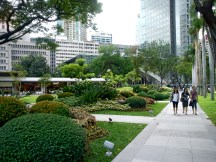 Can this be changed?

We have witnessed success stories, one of the most prominent of which is Singapore ( From Third World to First: The Singapore Story – 1965-2000 [Lee Kuan Yew] )

Strong visionary leadership with a genuine concern for the common good has brought astounding achievements. The feasibility of Singapore’s success with a population of about 5 million would be understandable, considering that it’s relatively small size and population are manageable.

However, for large countries like Brazil, Nigeria, India and the Philippines, the scale is often beyond what even the the best managers of the first world can handle. How does one go about moving from third world to first if a big chunk of the population is poor?

One strategy to accomplish this is by creating and defining Zaxxun zones. A Zaxxun zone is basically a contiguous C.O.D. (clean, orderly, disciplined) urban area, characterized by a good balance between modern aesthetic structures and greenery/foliage.

The following presentation shows how this can be done in a country like the Philippines, with a population of about 100 million, 1/4 of which are poor.

Click on the image below to view in detail the Singapore-class state carved out of the Philippine’s main island of Luzon. The Zaxxun Zones of Luzon (a.k.a. ZaZoZon) showcases and models to the rest of the country what a Zaxxun state is like, with the hope that the rest of the regions will follow suit. 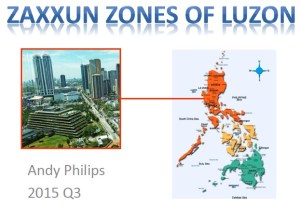