Election time – the season of so much frenzy over who to vote, and speculating on who would be more likely to win. Candidates are talk of the town, the topic of almost any conversation.

It is also the season for campaigns, vote buying, posting faces on walls and billboards, bragging of accomplishments, mudslinging, and practices that bring out the worst in what should be decent civilized future leaders (in particular, election-related violence).

As a voter, there are a few things to ponder upon in choosing a leader.
1. Vote for candidates who best represent the Zaxxun creed. The Zaxxun creed spells out the fundamental qualities of an ideal candidate.
2. Vote on principles, platforms and track record, not on popularity or looks.
3. Don’t vote for obviously corrupt candidates. If there’s smoke, there must be a fire.
4. Vote for people who have experienced living abroad. In-breeding can bring stagnation. People who have seen the difference in better societies will have something new to contribute towards positive change.
5. Give greater weight to a candidate’s integrity over abilities. An honest housewife/mother is better as a leader of a nation than a skilled but corrupt politician.
6. Don’t be swayed by surveys. If you had to vote for the corrupt candidate just because he is the most “winnable” person in the list, you have just violated your principles.

Corrupt candidates – give us a break

Think of the logic. If a candidate is dishing out his money to win your votes, how else do you think he will get his investment back? Accepting “gifts” and voting for the “giver” only puts corrupt officials into office.

At times, the only choice is the lesser evil. It’s sad if an entire society cannot even field one upright person to be its leader.

What do you think is the true motive of the candidate in wanting to get into office? Is it sheer hunger for power, to enable him/her to siphon public funds once in position? Or is it a genuine concern for the common good?

A country will get the leaders it deserves. Stupid voters will naturally elect stupid corrupt leaders, who they can identify with. We have no one to blame but ourselves if we continually put corrupt and incompetent people into office.

Why do people keep voting unqualified people to top positions? We have to start learning from our mistakes. What has repeatedly voting for the popular guys (actors, singers, newscasters, athletes) brought your country? 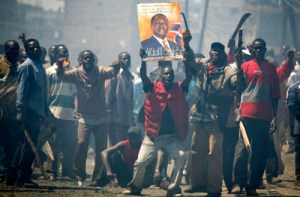 Then, on election-related violence and deaths. If a politician is willing to kill just to gain power, how does that speak about the character of that future leader? If your own conscience does not issue red flags about voting such a person into office, then you may want to give second thoughts on your own character and principles.

The concept of weighted voting power is a cure to the cycle of the uneducated poor masses getting the say on who should rule the land. The problem with a typical constitution is that each person gets an equal weight in voting. So a stupid voter has just enough weight in electing a stupid candidate than a wise and honest citizen has. But ideally we would want to give the latter the preference in choosing the right leader.

The problem in poor countries (triangular demography) is that stupid uneducated voters are the majority. And they keep on voting into power the same stupid corrupt lot of politicians whom they can identify with – so as to ensure someone who can empathize with their plight is placed in office to help them. The cycle of corrupt voting corrupt just won’t end.

Voting power is a weight-based system in which the unqualified voter will have less weight than a qualified one. The weight of one’s voting power can be proportional to
1. educational attainment
2. amount of taxes paid
3. record of honesty (absence of criminal records)
4. cleanliness of one’s residence

The tendency is for candidates to try to win the votes of poor uneducated masses due to their sheer number, which only brings about a practice of vote buying.

Voting power entrusts the selection of the right leader to those who have better judgement. 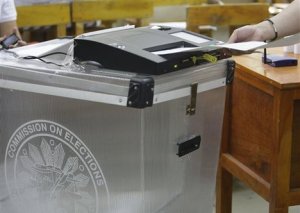 Now about automation in voting. A big problem in elections is on whether the machines and programs running them can be trusted. What if the counting system had a backdoor for corrupt candidates to fiddle with the numbers?

A solution to this issue is to have ballots counted manually, and then tallied automatically in an online site. This way parties can verify the counting had no cheating involved, as well as verify that the total count was reported correctly in the final tally website.

Another method is for the counting to be automated, but involving machines supplied by 2 different contractors assigned to 2 different areas. After the initial count, the ballots are exchanged and counted on the other contractor’s machine. This would ensure a trust-worthy count independent of which machine is used.

Many intellectual Africans would say “Africa is not poor.Africa is just poorly managed.” The same is true for any country in the world. Look at the other side of the coin. Japan has hardly any natural resources it can export (no oil, no precious metals, no wheat) but is not poor. Thus, it boils down to voting wisely, to ensure that one’s country is managed wisely.

If only people would elect Zaxxun-principled candidates into office, poor countries wouldn’t be a management mess. Ask your local candidates if they can recite the Zaxxun creed in public – if they can’t, then they have something to hide.

If they do recite the Zaxxun creed with deceit in their hearts, they are shooting themselves on the foot by declaring the last line: “Wolves are exposed. Corruptors fall by the hand of the Almighty – to whom be glory forever.” Words are alive and they will eventually fall – it’s just a matter of time.

A note about posting on walls. Make sure they can be easily removed. If possible, post only on designated billboards for candidates. Why should you turn the town into a filthy vandalized eyesore just for your candidate to win.